The current board has been put in place for the purposes of setting up the Society, running the share issue and overseeing the installation of the Hydro Installation. Board elections from the new membership will be held at the first AGM following the share offer. 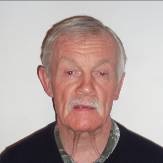 Tim and his wife, Liz, have lived in Beckfoot, close to the Lune for over sixteen years. As a young man he spent six years with the Royal Engineers learning and practicing many of the aspects of military engineering; mine warfare, demolition, bridging, engineering survey and soil mechanics. During this time, he spent time in Germany, Denmark, Canada and Aden.

On leaving the Army he followed a career in civil engineering, joining a firm of consultants, testing materials in road and airfield construction projects. Later on moving into contracting, working for Tarmac, Balfour Beatty and Amec. The highlight was working on the Channel Tunnel as a Materials Engineer, where his knowledge, experience and initiative were allowed to blossom.
Latterly, he worked in the power transmission industry, providing the civil engineering input to the larger contracts. Tim hopes that his experience will support the Society in the successful completion of the Broad Raine turbine.

Marna worked in the public sector and with Price Waterhouse before joining KPMG to develop a substantial practice in Liverpool and become a Partner in the business. She has extensive experience of working with major corporates and particular expertise on transactions such as public offerings, demergers and acquisitions. She has subsequently served as a director of Chadwick Chartered Accountants in Liverpool and as Marketing Director of the Chester Credit Union.